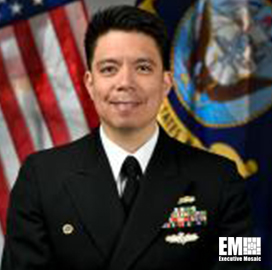 A native of Paterson, New Jersey, he received his commission in 1996 through the Naval Reserve Officer Training Corps program at Rensselaer Polytechnic Institute, Troy, New York. After completing Surface Warfare Officer School, he reported to USS Princeton (CG 59) where he served as the ship's communications officer and electronic key management system custodian. During his tour, he qualified as a Surface Warfare Officer and completed a counter-narcotic deployment in the Caribbean and Eastern Pacific.

Vigil then served as assistant program manager (APM) for the Command and Control Systems (PMW-150) program office from April 2010 to September 2011 where he delivered Joint Range Extension to the fleet providing high throughput LINK-16 and LINK-22 connectivity. From October 2014 to March 2017, Vigil served as the principal APM for Directed Energy Weapons branch in the Above Water Sensors Program Office (PEO IWS 2.0).

Vigil has a bachelor's degree in physics from Rensselaer Polytechnic Institute and a doctorate in applied physics from the Naval Postgraduate School. He is an Acquisition Corps member with a Level III certification in Engineering and Program Management. His personal awards include the Meritorious Service Medal, Navy and Marine Corps Commendation Medal (4), Navy and Marine Corps Achievement Medal, and various unit and sea service awards.