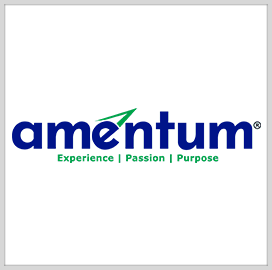 Amentum has outranked 68 other organizations to earn the number one Military Friendly Company award for 2021.

Speaking about the award, Amentum Chief Executive Officer John Vollmer, a Potomac Officers Club member and 2020 Wash100 winner, touted the company’s commitment to supporting the missions of military customers, as well as its focus on partnerships with veteran-owned small businesses and the contributions of military spouses.

Of these four areas, Amentum was recognized as the company with the best military friendly supplier diversity programs.

“Military Friendly Companies list represents a growing number of organizations who are taking a holistic approach on engagement, retention and support in the military and service member community,” according to Kayla Lopez, director of military partnerships at Viqtory.

All 2021 Military Friendly Companies will be featured in the March issue of G.I. Jobs magazine and on MilitaryFriendly .com.