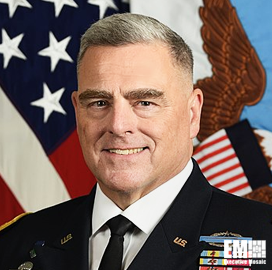 According to Milley, defense officials are still conducting a review to determine the next steps, Military Times reported.

While he was unable to give a specific timeline on implementing the changes, Milley told lawmakers that they would be kept involved in the process.

The senators were not the only ones pushing for updates on the issue.

The head of the National Guard Association of the United States recently wrote President Joe Biden a letter, noting that nearly one in five Guard members has no private health insurance and troops are usually not entitled to government-provided coverage when mobilized for domestic missions.

A has been introduced in Congress to standardize incentive pays across the military. The legislation, put forward by Sen. Tammy Duckworth, a retired Army National Guard lieutenant colonel, would ensure that guard and reserve troops receive similar pay rates as their active-duty counterparts for similar work.

The issue of appropriate and fair compensation for part-time forces was spotlighted following massive deployments in 2020.

Over 120,000 guardsmen have been called to duty since the start of the coronavirus pandemic in March last year. Nearly 26,000 troops were also mobilized in Washington, D.C., following the Capitol Hill riot in January.