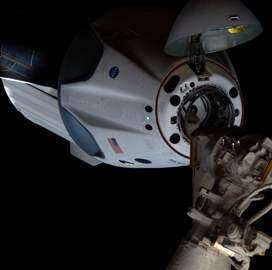 NASA’s Aerospace Safety Advisory Panel has urged the organization to ensure that its human spaceflight management reflects the changing relationship with industry members.

According to ASAP’s annual report, the agency will need to reexamine its roles and responsibilities as private companies start to manage human spaceflight programs at an increasing rate. The panel argued that the space agency is at an inflection point as commercial capabilities continue to grow.

NASA’s long-term plans for human missions to the Moon and Mars also need to fit within limited budgets, thus the need for the agency to rethink its strategy. The annual report was released on Jan. 11, SpaceNews reported Tuesday.

The panel argued that NASA must make its role clear in the changing environment of human spaceflight, especially when it comes to risk and safety factors. The panel pointed out in its 2020 report that NASA had conflicts with private companies. One such example is with the Crew-1 landing in May, when NASA and SpaceX differed in the understanding of risk levels regarding a nighttime landing of the Crew Dragon spacecraft. The space agency also had differing opinions with Boeing about the risk of stuck propulsion valves on the CST-100 Starliner.

The safety oversight body offered several recommendations to NASA, including for the space agency to create an integrated Artemis program led by a single manager who will be responsible for all aspects of the project. NASA is also encouraged to come up with a new approach to systems engineering, integration and risk management.