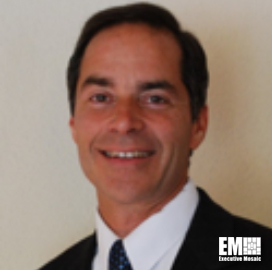 Mr. Dwayne Florenzie is Senior Strategy Executive at the United States Secretary of the Air Force’s Office of Commercial and Economic Analysis supporting advanced technologies including 5G, IoT and AI. He concurrently supports the Under Secretary of Defense for Acquisition and Sustainment.

Prior to this, Mr. Florenzie managed Cisco’s mobile architecture business in Japan with market entry wins in each of Japan’s major telecommunications service providers. He also pioneered new business development for Alcatel-Lucent (currently Nokia) globally and especially across Asia including over $1B wins in the China telecommunications market. In that position, he orchestrated global multi-disciplined teams to break into new markets around the world. Mr. Florenzie has extensive international experience including working in 25 countries.

Mr. Florenzie held diplomatic roles as an officer with the U.S. Air Force in both Japan and Hong Kong where he worked closely with government, business and technology leaders across the Indo-Pacific region. He also served as business director for Air Force acquisitions of technical systems.

Along with an MBA in Global Management from the Haas School of Business, University of California at Berkeley, Mr. Florenzie earned a Bachelor’s of Science degree from Lehigh University in Metallurgy & Materials Engineering, a minor in Aerospace Studies and certifications in language for Japanese from the U.S. Defense Language Institute and in Chinese Mandarin from the U.S. State Department Foreign Service Institute.

He and his family live in San Jose, California.