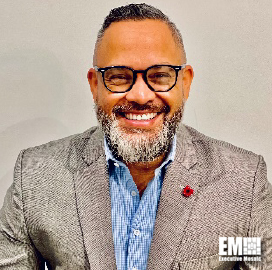 Hector Cuevas is the executive vice president of Missile Defense and C5ISR market. In this role, he oversees the development, integration, and delivery of enterprise solutions and services to support joint and coalition operations around the world. With over 1,500 employees, the Defense team supports a wide range of missions across the U.S. Department of Defense, including space, missile defense, intelligence, and multidomain command and control.
Hector joined the company in January 2019 from the acquisition of OGSystems and most recently was senior vice president of product sales operations.
Mr. Cuevas is a decorated combat veteran with 20 years of U.S. Army and intelligence community service. Most of his military career entailed supporting U.S. and allied special military operations, including foreign internal defense, civil-military support, partner nation capacity building, and direct action.
Hector led geospatial intelligence and ISR support to over 100 special operations missions in West, Central and the Horn of Africa with Special Operations Command-Africa before retiring in 2012. As branch chief, Cuevas is credited for originating an ISR system tailored to operations in Africa that optimized collection and increased operational efficiencies.

Hector is a graduate of Fairleigh Dickinson University.