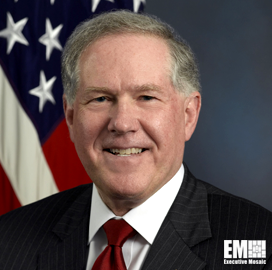 Biden Picks Frank Kendall as Next US Air Force Secretary

President Joe Biden is looking to nominate Frank Kendall as the next secretary of the Air Force.

Kendall is a former top Department of Defense official who served as the undersecretary of defense for acquisition, technology and logistics under the Obama administration, Nextgov reported Wednesday.

In that role, he was tasked with increasing the DOD’s buying power and improving the performance of the defense acquisition enterprise.

His selection marks the Biden administration’s second cabinet nomination for the military services. Two weeks ago, the president announced his plan to nominate Christine Wormuth as Army secretary.

Once confirmed by the Senate, Kendall, a past Potomac Officers Club event speaker and three-time Wash100 winner, will deal with a number of multi-billion dollar projects being managed by the Air Force.

The service is currently faced with having to redesign the refueling system of the KC-46 tanker to ensure its readiness for war. Another concern is the production of the F-35 stealth fighter, which is under scrutiny for its high flight and maintenance costs.

According to Punaro, a past POC event speaker and past Wash100 winner, Kendall’s experience with the Air Force’s current and future priorities will make him one of Biden’s best appointments in the Department of Defense.

In addition to Kendall, Biden recently announced his picks for other key government posts.

The president has already nominated Heidi Shyu to serve as undersecretary of defense for research and engineering and Meredith Berger as assistant secretary of the Navy for energy, installations and environment.