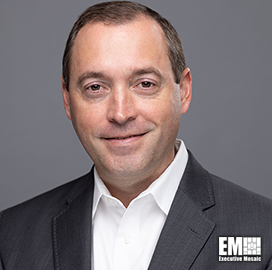 Trip Ferguson has joined BlueHalo as chief operating officer, bringing over two decades of experience in the military and the defense and government services industries. He previously held a similar position at Dynetics for nearly four years. Jonathan Moneymaker, BlueHalo’s CEO and a Potomac Officers Club member, believes Ferguson’s experience will help drive the company’s growth and market presence. As COO, Ferguson will join the senior executive leadership team and oversee operations and program implementation to boost the delivery of critical technologies and services to customers, BlueHalo said.

According to Moneymaker, a 2022 Wash100 winner, the company has spent the last few years building a foundational base to disrupt the market. “We could not have found a more qualified partner in Trip to help us capitalize on that momentum and drive BlueHalo forward into the next chapter as our customers continue to rely on BlueHalo as that alternative challenger prime in our market,” the chief executive said.

Ferguson had led operations at private equity-backed and publicly traded companies over the last 10 years. Besides serving as Dynetics COO, he also worked as vice president of strategic accounts and initiatives at LSINC and as operations VP at U.S. Space & Rocket Center and Remington Arms.

Ferguson is a former intelligence officer at the U.S. Marine Corps. He earned a bachelor’s degree in economics from the U.S. Naval Academy and a Master of Business Administration degree from the University of Alabama in Huntsville.