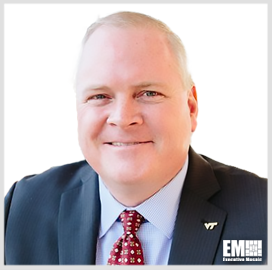 Dan Maguire is the CEO of and a board member at NT Concepts, an information technology services and consulting firm located in Vienna, Virginia. Maguire, a Potomac Officers Club member, leads the company’s business strategy and mission execution. Maguire succeeded Michele Bolos when he assumed the role of CEO in May.

Maguire’s current term is his latest as the head of a company. In 2009, Maguire co-founded Dominion Consulting and later became its president. When it merged with TeraThink Corporation in 2017, he became TeraThink’s CEO, succeeding Paul Lombardi. Maguire would remain TeraThink’s chief executive until 2020, when it was acquired by CGI Federal.

Within that time frame, Maguire also served as a member of the board at KAA Federal Solutions.

After leaving TeraThink, but before joining NT Concepts, Maguire worked as an independent consultant for IT and government contractors, according to his LinkedIn profile.

Earlier in his career, from 2003 to 2008, he was an executive vice president at Washington Consulting. Before that, Maguire worked as an associate partner at IBM and a manager at PricewaterhouseCoopers.