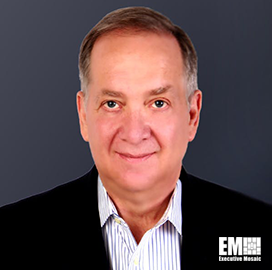 His current role sees him working closely with senior leadership teams and governing bodies in the public and not-for-profit sectors to help develop strategic clarity, establish priorities, improve organizational performance and streamline business processes and technologies, according to a short bio posted on the Baker Tilly website.

Before joining his current employer, Eisenlohr served in key leadership roles at Arthur Andersen, where he directed the strategy, organization and change team within the firm’s Southwest Region public sector practice, and MAXIMUS, with responsibility for the company’s local government management consulting team.

Earlier in his career, Eisenlohr served in progressively responsible local government analytical and leadership roles. He was a budget analyst with the city of San Antonio in Texas and led the city’s internal management and analysis and performance improvement team.

Eisenlohr obtained his bachelor’s degree in political science from the Texas A&M University. He later got his Master of Public Administration degree from the University of Kansas.