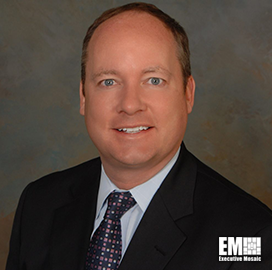 In his role, Stallmer is responsible for communicating corporate interests to Congress, the White House and other government institutions, Voyager said.

Before joining Voyager in November 2020, Stallmer served as the president of the Commercial Spaceflight Federation, according to his LinkedIn profile.

Voyager said that CSF is the largest trade organization that promotes policies and best practices for the commercial spaceflight industry. CSF worked to promote innovation and national policies in the sector under Stallmer’s leadership, Voyager added.

From 2001 to 2014, Stallmer held leadership positions in government relations at AGI, a software development firm acquired by Ansys in 2020.

He earned a master’s degree in public administration from George Mason University and a bachelor’s degree in political science and government from Mount Saint Mary College.