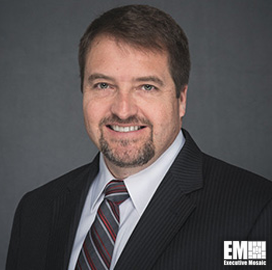 Steve Derr is the vice president of cloud operations, sales consulting and support at Oracle, a multinational computer technology provider. As an information technology expert with over 26 years of experience under his belt, he leads a team of Oracle cloud operators and engineers in support of national agency customers, according to his LinkedIn profile.

Derr joined Oracle in February 2013 as vice president of hardware solutions for the national security group. Earlier, he spent three at Ayaya Government Solutions, serving as the chief technology officer and executive VP of sales and operations.

In April 1988, Derr began his professional career in the Air Force, spending three years as a weapon control systems specialist and five as a satellite communications technician.

He later moved on to serve as a network control center supervisor at the White House Communications Agency. In that role, he led a team of military communications professionals across the Air Force and the Army, handling both terrestrial and satellite systems.