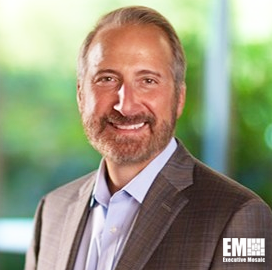 Jason Providakes is the president and chief executive officer of the MITRE Corporation, a Bedford, Massachusetts-headquartered nonprofit that manages federally funded research and development centers in support of U.S. government agencies.

As head of MITRE, Providakes is responsible for overseeing the organization’s efforts in addressing public needs as a systems engineering and applied sciences company.

Before being named president and CEO, Providakes was the senior vice president and general manager of the Center for Connected Government, now known as the public sector business unit, according to Providakes’ biography posted on MITRE’s website.

MITRE Public Sector’s FFRDCs include the Center for Enterprise Modernization, the Judiciary Engineering and Modernization Center and the Homeland Security Systems Engineering and Development Institute. Providakes also previously worked as director of the HSSEDI and the Centers for Medicare and Medicaid Services Alliance to Modernize Healthcare, which is also known as the Health FFRDC.

The MITRE chief’s career is primarily focused on scientific research for national security, having kicked it off in the National Security Engineering Center, the FFRDC sponsored by the Department of Defense.

Earlier in his career, Providakes, who is two-time Wash100 winner, served as a member of the Army Science Board and took part in studies led by the National Academy of Sciences.

He is a graduate of Worcester Polytechnic Institute with bachelor’s and master’s degrees in electrical engineering. He also holds a doctorate degree in the same field from Cornell University.