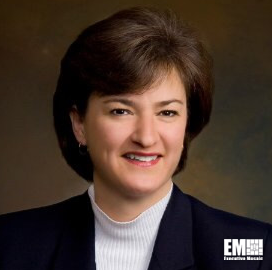 Kim Howard is the vice president of F-35 production operations at Lockheed Martin. She oversees all aspects of planning, execution and production for all F-35 Lightning II variants that are being deployed in the U.S. and other partner countries.

Howard has over 28 years of experience with Lockheed, having served as the director of production operations and operations engineering and advanced manufacturing for the company’s Integrated Air and Missile Defense. She also handled multiple leadership roles for the company’s Aeronautics segment and worked on multiple aircraft projects, including the F-16, F-22, F-2 and T-50 platforms, according to her LinkedIn profile.

Prior to joining Lockheed, she served as a contract design engineer at Boeing. The industry leader designed secondary structures for systems installation in the Rolls Royce and Pratt & Whitney struts used on the 777 commercial aircraft.

Howard also handled design-related leadership roles at General Dynamics. She started her professional career with GD in 1988 as an engineer for armament systems design. She then led equipment packaging and installation design for F-16 and F-2 aircraft at GD.