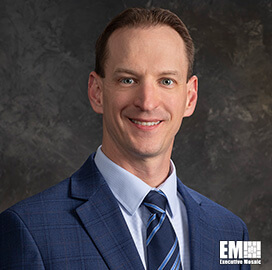 Justin Taylor is the vice president of artificial intelligence at Lockheed Martin and is a Potomac Officers Club member. He oversees Lockheed’s AI and machine learning development and implementation. He also leads the company’s AI Center.

Taylor has been holding his current position since May 2021 and has been with Lockheed since 2000, according to his LinkedIn profile.

Before taking on his current role, Taylor was the director of engineering of Lockheed Martin Skunk Works. In this position, he was responsible for developing ISR program systems and was the independent research and development program manager for joint all-domain operations.

The Lockheed veteran holds a bachelor’s degree in computer science from The University of Texas at Austin.

The company is headquartered in Bethesda, Maryland, and has multiple offices within and outside the U.S.