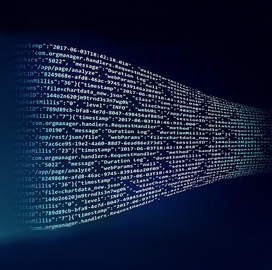 In his 1982 book, Megatrends, futures enthusiast John Naisbitt said “we are drowning in information but starved for knowledge.”

His thesis might no longer hold true amid the sea of advancements in business intelligence and analytics. Artificial intelligence and deep learning techniques have revolutionized the way businesses leverage their silos of data. Combined with plummeting costs and rising competition, big data analytics is here to stay.

But analytics insights are only as good as how much they are used. Avendus, a financial services firm, found that companies that embrace analytics and are using it as part of their business strategies are experiencing exceedingly strong top and bottom lines.

She oversees the company’s operations in IT, data and analytics and information security. She also assists and sustains the Illinois-based aircraft maker’s business via IT and analytics income-generating initiatives, the company said.

Liz Porter serves as the acting president for the health group at Leidos, a role she has held since February 2020.

She has been with the company for nearly four years and her current role involves overseeing the group tasked to provide health-related services in IT, population hygiene risk and case management, analytics and life sciences, and public well-being, the company said.

Previously, Porter served as senior vice president and operation manager for the company’s federal energy & environment.  The business unit that offers environmental engineering, energy, environment and science services to government customers such as the Nuclear Regulatory Commission, the Environmental Protection Agency and the Department of Energy.

Before joining Leidos, she spent almost 13 years at Lockheed Martin. Her last role at the company was program director for the global service management operations program, where she managed multiple task orders connected to the Defense Information System Agency’s programs. The DISA networks enable branches and agencies of the Department of Defense to have secure and dedicated communications.

Porter also served as the company’s director of energy initiatives, corporate engineering and technology. She led the business segment in designing and implementing energy campaign strategies meant to sustain and expand the company’s energy operations.

During her tenure at Lockheed Martin, she received the U.S. clean energy education and empowerment initiative award for corporate implementation from the DOE, MIT Energy Initiative, Texas A&M Energy Institute and Stanford’s Precourt Institute for Energy.

Porter earned her bachelor’s degree in electrical engineering from Villanova University and her master’s degree in business administration from the University of Colorado.

Chris Hagner is a 25-year industry veteran who currently serves as the senior vice president of cyber analytics at Novetta, an information technology and services provider based in McLean, Virginia, that specializes in identity intelligence, entity resolution, big data analytics and cybersecurity analytics.

Prior to taking charge of Novetta’s cyber analytics division, Hagner was responsible for the company’s technology practice as the SVP of products and technology. In his previous role, Hagner provided executive oversight on the delivery of Novetta’s commercial products and corporate research and development investments, according to his LinkedIn profile.

Hagner entered Novetta in March 2012 as the SVP of the company’s Information Exploitation division, in which he focused on developing large-scale data analytic solutions in support of federal clients.

Prior to joining Novetta, Hagner worked for IT company White Oak Technologies for a decade as the director of defense intelligence. In the said role, Hagner worked with White Oak’s largest and oldest client to develop advanced data analytics solutions for the defense and intel community. During his tenure, White Oak saw an annual 30 percent professional service engagement growth and a staff expansion to 75 members.

He completed his bachelor’s degree in mechanical engineering from Washington University in St. Louis before earning his master of business administration degree in entrepreneurship from George Mason University.

Bryan Rich has been serving as managing director and applied intelligence lead at Accenture Federal Services since June 2018.

Rich, who brings over 20 years of data science and operational intelligence experience to the role, leads the business unit tasked to sustain and provide advanced analytics and artificial intelligence services to federal government customers, the company said.

He also oversees the Accenture Federal AIP Discovery Lab, a studio-type setting that combines AI technologies including data science and design, machine learning and cognitive automation. The lab is meant to provide and develop technological innovations for the federal market.

Biniam Gebre, the company’s managing director for management consulting, expresses confidence about Rich’s expertise in operational and applied technology. His knowledge and experience is anticipated to improve the company’s analytics practice.

Gebre adds that Rich has the skills to find the appropriate combination of data science, management consulting teams and applied technology teams to provide their customers with enhanced services.

Tom Greiner, senior managing director for the technology business, said the company’s federal customers are expected to gain from Rich’s talent in using the organization’s available resources, technology and connections to address their requirements and problems.

Rich was the founder and CEO of Global News Intelligence, a company that offers data analytics as a service. He led the organization for 11 years until the Carlyle Group acquired it in 2014.

A former TV and radio producer, Rich graduated from Middlebury College with a degree in English literature and Latin American studies. He also became a fellow on media, business and technology at Harvard University Nieman Foundation for Journalism.

Ritu Chadha serves as senior research director for machine learning and data analytics at Perspecta Labs, a role she has held since June 2018.

She is in charge of the company’s basic and applied research programs in artificial intelligence and machine learning with uses in other technologies including wireless networking, modeling and simulation, cybersecurity, text analytics and machine vision, the company said.

Chadha also spearheads the business unit tasked to design and formulate advanced technical notions with applications of the latest analytics and data science to provide recommendations for customer concerns and problems.

She also held several roles at New Jersey-based telecommunications company Telcordia Technologies, which is currently known as iconectiv. During her 14-year tenure, she became a senior scientist, a director and an executive director.

She is an advocate of policy-based network management leveraging on wireless and mobile systems. Her significant contribution was being able to maximize technological advancements to help produce the latest products and services in network operations.

An author of over 100 journal papers and conference articles, Chadha earned her bachelor’s degree in mathematics from St. Stephen’s College in Delhi, India. She held her master’s degree and a doctorate in computer science from Virginia Tech and the University of North Carolina, respectively.