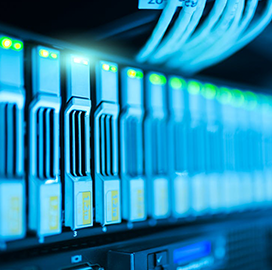 Effective data management is critical to businesses considering that data is the foundation for making informed corporate decisions and actions.

With data management, the goal is to ensure the accuracy, availability and accessibility of data across an organization. The process involves protecting, controlling, delivering and enhancing the quality of data gathered from a variety of sources, including operational and transactional systems, scanners, sensors, smart devices and even social media.

Not only does it provide corporate executives and business managers with analytics that drive operational decision-making and strategic planning, data management also minimizes the potential errors and damages caused by bad data, improves organizational efficiency and protects companies from various data losses, thefts and breaches.

The Potomac Officers Club – a division of Executive Mosaic – presents five executives who are responsible for data management initiatives in successful public-sector institutions.

David Furman has been serving as principal at Deloitte since August 2020, running the company’s health analytics solutions for federal government customers, including the Department of Health and Human Services.

He is in charge of the sales and delivery of programs in the areas of advanced analytics, cloud platforms, artificial intelligence and intelligent automation.

Previously, he was a manager for five years, leading various projects for healthcare, defense, and national security clients and carrying out solutions in the technology planning and investment governance areas.

From September 2005 to August 2008, he served as a consultant for national security and financial services, helping customers with financial processes and developing deliverables as part of the Rational Unified Process software development lifecycle.

Furman began his career in the organization in the role of a project controller for over a year, designing and handling plans and budgets for major technology projects.

During his tenure, the company and Palmetto GBA secured contracts valued at $86.7M from the Centers for Medicare and Medicaid Services for site verification support services.

The task orders were awarded under the $2B Provider Enrollment and Oversight multiple-award, indefinite-delivery/indefinite-quantity contract, which calls for the contractors to offer enrollment and screening support to assist CMS to find and prevent fraud, abuse and waste in Medicare and Medicaid programs.

The organization is tasked to perform site verifications for providers and suppliers in the Western region while Palmetto will deliver services in the Eastern part.

Before joining Deloitte in July 2004, Furman was a financial analyst for close to two years at Raytheon, responsible for the data analysis and development of periodic reports for senior management.

Previously, he served as a financial intern at Fannie Mae, Merrill Lynch and Federal Home Loan Bank of Atlanta.

Furman graduated from Emory University with a bachelor’s degree in economics.

Vic Badami is the senior director at Akima Data Management, a company based in Herndon, Virginia, offering cybersecurity and technology services for the government sector.

He is in charge of client relationship management, service delivery, staffing and profit and loss performance. He also oversees the business and financial management areas related to defense programs, including the $13M contract for the Defense Health Agency’s data management and warehouse support services.

In the said role, he leads the staffing, coordination, implementation and financial management of the organization’s defense programs, including the $21M contract from the U.S. Army Office of the Surgeon General Army Medical Department for business office IT support services.

In addition, Badami serves as the senior director for defense programs at Tuva, a subsidiary of Akima established in 2013 offering IT services such as networking, enterprise information systems and cybersecurity to the federal, civilian and commercial markets.

In his capacity, he manages the organization’s defense initiatives, including the $5.5M contract from the Program Executive Office Enterprise Information Systems for operational and facilities support services and the $23M award from the Army Materiel Command for lead material integrator.

Previously, Badami spent six years at SAVA Workforce Solutions serving in various leadership roles. His most recent role was director for defense programs, in charge of the execution and coordination of contracts, including the Department of Defense Chief Information Officer $217.5M blanket purchase agreement.

Earlier, he worked as a lead associate at Booz Allen Hamilton, a deputy chief and a senior operations research analyst at the Chairman of the Joint Chiefs of Staff office and as an executive for planning in the Army.

Badami graduated from the United States Military Academy at West Point with a degree in management studies and received his master’s degree in industrial engineering from New Mexico State University.

Posted on November 17, 2020 by Adrian Rosenberg