The chief product officer is among the executives responsible for ensuring that a company’s product direction drives sustainable growth, which is important in today’s highly competitive technology sectors. Be it in delivering quality-of-life software or building critical technologies for national security, the CPO’s performance can be the deciding factor in an organization’s bid to differentiate itself from the competition.

Since assuming her position in April 2019, Jolly has been responsible for Okta’s product roadmap and innovation. She leads a product team specializing in product management, design, product marketing, competitive intelligence, pricing and developer relations, according to her LinkedIn profile.

Previously, Jolly served as the vice president of product management at Google. During her eight-year tenure at the tech company, she managed product management and design teams within Google Nest and led monetization efforts, including innovative product launches, for YouTube.

She also had a three-year stint as product management VP at FreeWheel, a Comcast company. In that role, she was in charge of professional teams tasked with designing, developing, launching and monetizing the company’s products.

She started as a business analyst for McKinsey and Co., where she provided consulting expertise on growth, turnaround and product strategy to companies in the hi-tech, financial services and manufacturing industries.

Jolly completed her undergraduate studies at the University of Michigan. She later earned a Master of Business Administration degree from Harvard Business School.

Paul Nicholson is the chief product officer of the National Security Agency.

Nicholson has served in the role since March 2020. He is responsible for providing strategic transformation for cryptographic solutions across the NSA customer base to meet advanced security challenges.

Before being appointed chief product officer, he served as head of technology development for the Special Operations Forces Acquisition, Technology and Logistics Center, according to Nicholson’s profile posted on LinkedIn.

In the role, he led the research and development of next-generation technologies for intelligence collection, storage and dissemination. He also oversaw the development of solutions used for the certification and accreditation of associated networks.

Before joining the NSA in 2007, Nicholson served as a consultant for the U.S. government. From 2001 to 2006, he provided advice on engineering-related efforts.

The NSA executive is a veteran of the U.S. Air Force, serving as an officer for 20 years.

Nicholson is a graduate of the Air Force Institute of Technology with a master’s degree in industrial engineering.

He also holds a master’s degree in strategic studies and national security from the National Defense University.

He is also responsible for all aspects of product strategy and direction, including a newly acquired business unit driven by enterprise artificial intelligence, Juniper said.

Leelanivas’ current term as EVP and CPO began in 2018, when he rejoined the company after spending four years as president and CEO of Cyphort, a security analytics technology company that now operates as part of Juniper.

Leelanivas first became employed by Juniper in 1999. For the next 14 years, he would hold multiple leadership roles, including EVP of worldwide sales for advanced technologies, EVP and general manager of the software group, and senior VP and GM of the edge and data center business unit.

According to his LinkedIn profile, Leelanivas served as board chairman of Carrier Ethernet, a joint venture involving Nokia, Siemens and Juniper, from 2009 to 2010. Currently, Leelanivas is a member of the board of directors of RPA company Automation Anywhere. He is chair of the board’s compensation committee.

Siddiqui has more than 30 years of experience in leading and developing software businesses, BMC said.

Before joining the company in February 2020 as its first CPO, Siddiqui served as head of IT operations at Broadcom’s enterprise software division.

He was CA Technologies’ general manager for enterprise and cloud management. Before that, he served as vice president and general manager at Cisco, according to his LinkedIn profile.

BMC said that earlier in his career, Siddiqui founded a company that provided real time personalization for wireless carrier portals. He was also part of several Silicon Valley startups.

Jeff Kunins is double-hatted as the chief product officer and executive vice president of software at public safety company Axon.

He is also a member of the board of directors of Flock Safety and RapidSOS, according to his LinkedIn profile.

For four years, he served as VP of Amazon Kindle. During that time, he led a comprehensive redesign of the Kindle mobile app, improving the reading experience across multiple device types.

He also dedicated nearly two years as VP of Alexa Entertainment. In that role, he boosted the distribution of Alexa-enabled devices by engaging in partnerships with Apple Music, Spotify, SiriusXM/Pandora, Netflix and YouTube.

Before working for Amazon, Kunnins was a general manager at Skype. He was involved in product and design and led Skype’s transition from a traditional peer to peer architecture to a mobile-optimized cloud platform.

He is also a former executive at Microsoft and Tellme Networks.

Kunins graduated from Carnegie Mellon University with a bachelor’s degree in music composition and information and decision systems. 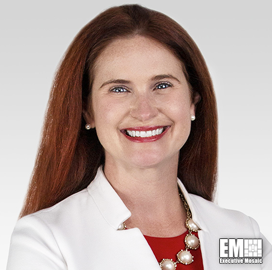 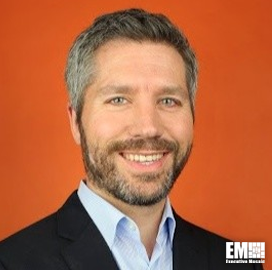 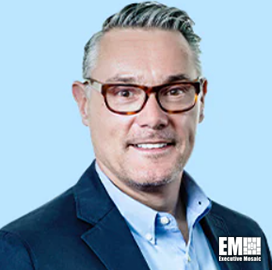